I have been on holidays this month, and though I have not got very far afield, I have done a few special things. I went to the Yorke Peninsula with dad for a couple of days. We stayed at Tickera, on the northern coast of the Peninsula – my brother shares a holiday house there. It is a small hamlet renowned apparently for crabs. It’s not a good beach for swimming, but my brother’s place is set just beside a conservation area, with the sea just through the scrub over which the sun sets. It is very peaceful and beautiful. 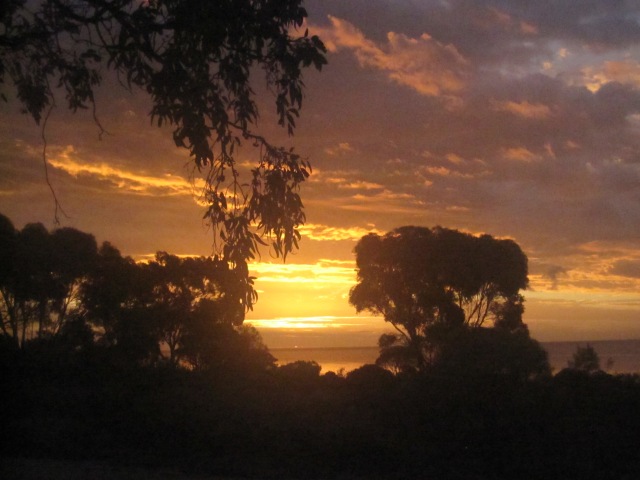 I saw a couple of kangaroos having breakfast on the first morning maybe one minute’s walk from where I was sitting. They are a bit hard to see (hence the enlarged picture), but they are there…

They bounded away when I made a noise.

Back in Auburn crocuses were flowering – I only took one photo, of some purple ones in our garden, coming up in very dry earth,

but there were lots of yellow ones earlier in the month as well. Here is a photo from the internet. 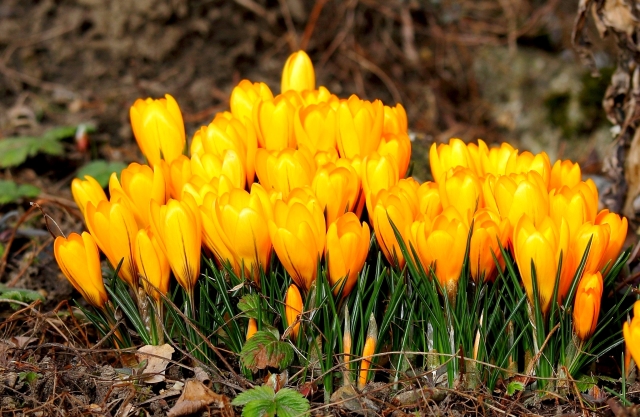 Then today, back in Adelaide, I went for a walk with an old friend in a conservation park that I have passed at least 100 times in the car, but that I have never actually been inside. It’s called Shepherd’s Hill Conservation Park, just near South Road and not far from Flinders Medical Centre, in other words close to very busy roads. However you would never know once you start walking. We took the ‘Red Gum Trail’, which was gorgeous, the trees just majestic and obviously very old. It was very restoring to be there.