It’s a bit late, but I wanted to have a record of the rally I went to last Sunday in support of refugees. I went along primarily of course to support the cause, and to register my disapproval of the mean and shameful policies we have towards refugees and asylum seekers at present, but also to see some friends and hear the singing of the choir that has been formed to contribute to such events. Mary Heath, who has been featured previously in this blog, and Nicky Page (ditto) and Mag Merrilees (also ditto) were some of those who were singing, plus heaps of other lovely people. One of the most potent of the songs they sang included the lyric “we are gentle angry people” – fantastic notion of singing being a way to register anger in a gentle way. I also saw people who are actively supporting new arrivals, such as Jill G, from the Hills Circle of Friends, and some of the lovely folk from my book group. It is always a treat to go to rallies – in a way it’s like a party, which I haven’t had to organise! (Nicky has sent me a link to the very moving report she completed on the rally for Radio Adelaide – here it is)

Here are some pics (click on them to enlarge)…

(Choir) singers in the green t-shirts 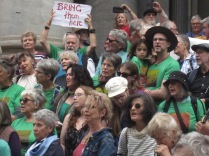 Some of the crowd

Some of the book group and soiree group 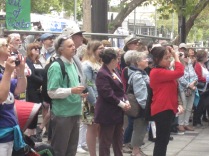 Crowd (including conductor of choir in red) 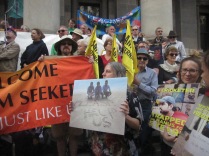 Sandra on the right – I used to work with her! 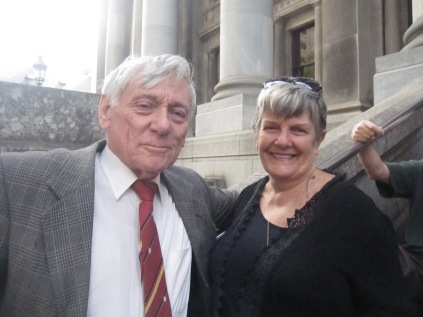 Don and Velvy from down south 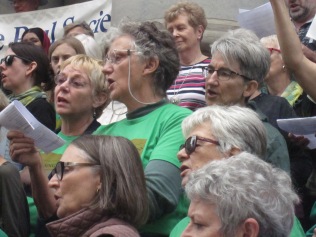 Mag Sal and Dee among the other singers 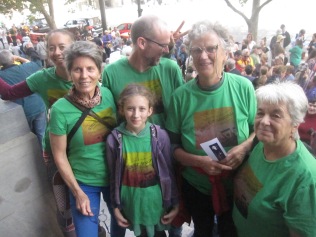 Nicky, Mag, Peter (I think), Dee and someone whose name I don’t know 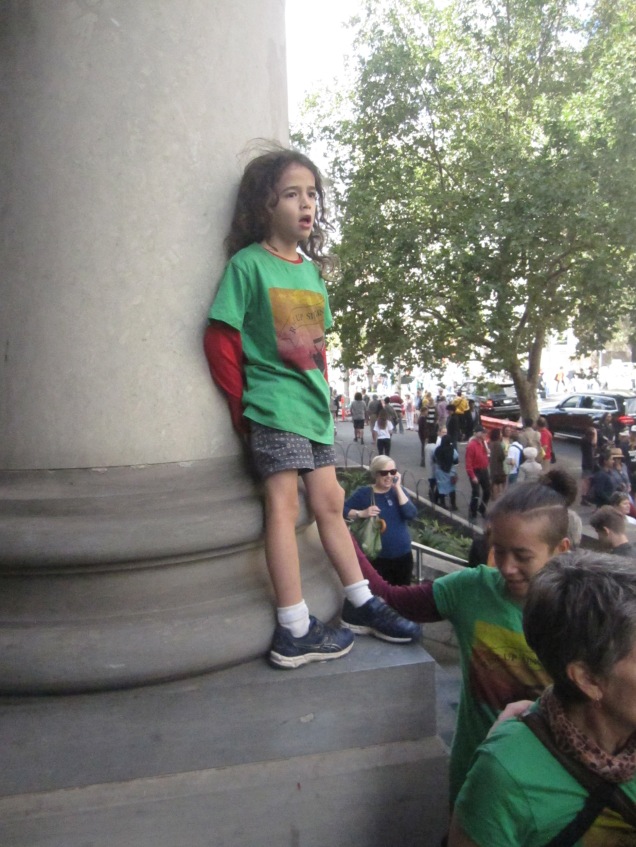 Standing on a pillar in front of parliament house…