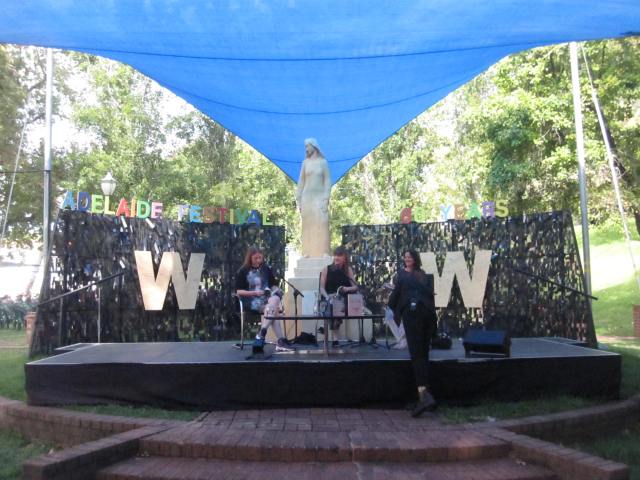 The East tent at WW, just before the start of a session…

It’s been a funny old week at my place. I am on holidays (hooray), and it was Writers Week, one of the highlights of my year, but my plans were somewhat derailed by… my leg, which has been misbehaving. I won’t go into the whole box and dice of what’s happening – it’s all still a bit ‘in process’ – but it seems that I have a disc problem in my back that has brought about the leg difficulties. This meant that I only went to a bit of WW, and that I have been ruminating on the health system from a much more patient-angled perspective than is my wont. It has also meant that the sessions I did go to at WW were quite impactful.

Here are some observations. When you are unwell you feel tender. You think about life and death and worry about big things going wrong. You feel delicate and uncertain. The health system – gigantic, busy, impersonal – doesn’t seem to have time for the equivocating, nervous, bundle of discomfort that is you. I went to one of those gp long hours surgeries on the weekend and waited ages to be seen. I was then bundled through in a trice, looked at by a guy who didn’t listen to my story and obviously had the pressure of heaps of other people waiting in line behind me.

I went to my own doctor during the week, where my experience was entirely different. She took heaps of time and got the whole story. She examined my leg and knee and back and looked things up. She did reflex tests and strength tests. She really paid attention, which is soothing in itself. I was so relieved to be there, even though she was obviously concerned and I got sent off for scans and then more scans. It was a relief to discover the source of the problem in a disc rather than anything more systemic or sinister and she then organised for me to get a specialist appointment next week. Her advocacy on my behalf was wonderful and such a comfort. The whole process, over two days, had me feeling that there really were two of us working together on my health. Her obvious care about me, for me, was like a balm. It soothed my inner tenderness.

I recall an idea of Alain de Botton talking about how we deal with, cope with pain, where he suggests that the health services would ideally be Temples of Tenderness for people, where they are treated with exquisite thoughtfulness and care, rather than being part of a never ending dollar driven factory, where the workers do their best but are left unsatisfied and the clients or patients similarly. Noone’s tenderness acknowledged.

Interspersed with all this was my attendance, in truncated form, at Writers Week. I went to the session with Helen Garner and was reminded of an essay of hers which I love. It’s about ballet dancers. She goes to watch them for a week as they rehearse – their beauty, their incredible rigour of work and preparation, the terrible stress on their bodies, the marvellous results of this work – and closes the essay with this gorgeous paragraph where she sees the dancers as a metaphor for life itself: 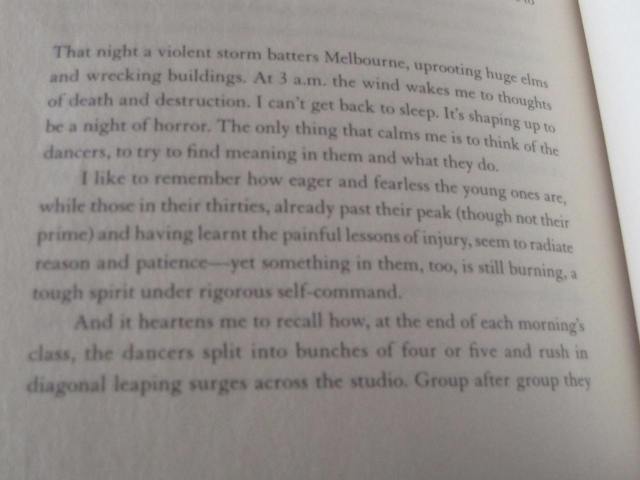 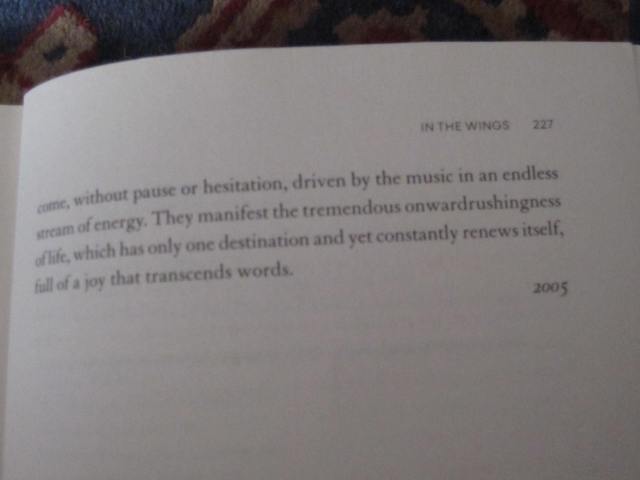 Later in the week I caught a session with Sophie Cunningham and Michael Christie talking about trees. Sophie has written a book of essays called City of Trees, and Michael a novel, somewhat dystopian, called Greenwood. They of course talked about the fires and the destruction of trees and of their importance. They provide shade and nourishment and succour and support in so many ways. They ease life and are life. They are often amazingly robust (Sophie, in one of her essays, writes of the six gingko trees in Hiroshima which survived the atomic bomb blast in 1945 and are still alive now), but they are vulnerable too – and especially so to the large systemic assaults that come with climate change and our own actions and inactions. 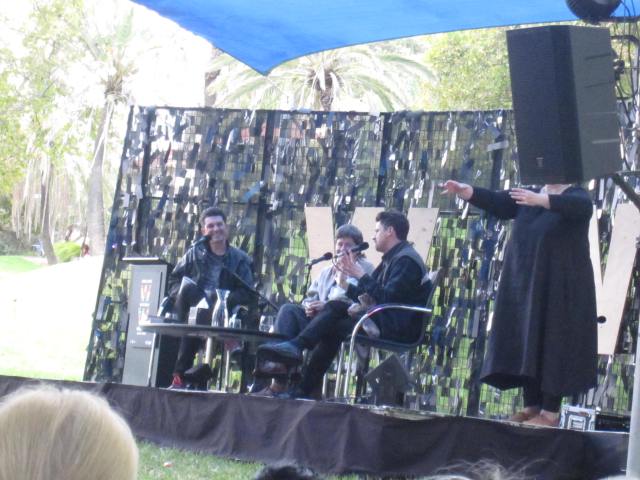 Scott Ludlum (chair of the session) with Sophie Cunningham and Michael Christie, plus part of the deaf interpreter (she’s fantastic, so sorry I couldn’t get her head in!) at the session on trees…

This has all had me thinking about tenderness, the word and the ideas associated with it. I saw a fantastic exhibition some years ago called “Tender” – a set of sculptures, woven out of shredded banknotes (legal tender) of birds nests, by Fiona Hall. It is an amazing bringing together of ideas about power, money, beauty and nature – and the tenderness of life, the ease with which it can be broken and yet its strength too.

So, to finish, life is a glorious concoction of strength and weakness, possibility and finitude. It opens up, and it ends. But in the meantime life goes on in such precious ways. May we all be aware of each other’s tenderness, our soft hearts and soft imperfect bodies. May we cherish each other and our time here in the glorious world, aware of all the other life around us and creating little temples of tenderness wherever we go.