There is a huge Lorraine Lee rose bush blooming outside my bedroom window here in Auburn. This particular rose bush has been there for decades, and never gets pruned, but still it flourishes, providing colour and scent for much of the year – particularly in the winter months. We got it, dad tells me, by default. A local man, Eddie Baum, ordered it from the shop not long after dad opened. Dad duly got the rose in, but forgot to write who had asked for it when he put it in the ‘Wanted Book’. Eddie obviously forgot for some time that he had ordered it also, and by the time he got around to asking for it, dad had given up and taken it home to plant at our place. It’s probably not planted in an ideal place – a bit shady – but it has still done really well.

Turns out that Lorraine Lee is an Australian rose, developed in 1924 a by a prolific rose breeder, Alister Clark. Lorraine was a cousin of Clark’s niece Jessie, and had spent  time in the UK during WW1, working in the Women’s Land Army and doing other war related work. She was visiting the Clark family back in Australia when Alister asked her to choose one of his unnamed new seedlings, which was duly named after her. It turned out to be Alister’s best known rose (though he also developed some other well known varieties such as Black Boy and Nancy Hayward).

Of course there is nothing extraordinary about all this, just a great old rose bush, but I love the tiny stories that link up with it. Dad and Eddie; Alister C, Jessie and Lorraine. All of us live our lives in such ordinary ways, everyday interactions ending up making everything happen; and the roses bloom too, pouring out their beauty, even on wintry days. It’s all glorious. 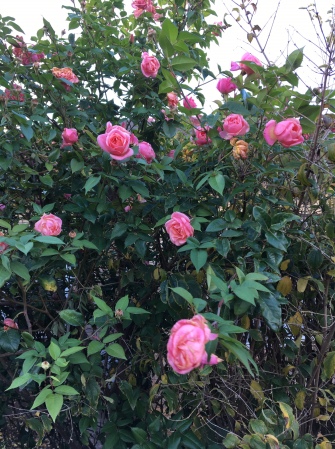 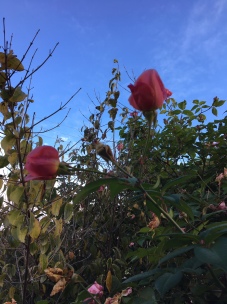 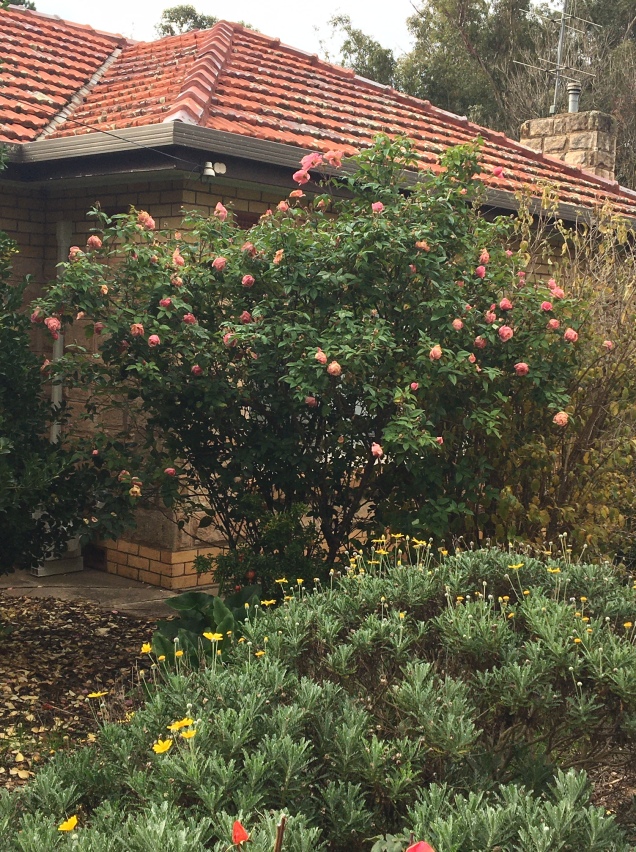